Turkish President Recep Tayyip Erdogan said that he would discuss the so-called "Armenian genocide" with President Donald Trump during his visit to the US, as well, the Turkish president told reporters on the plane back from Hungary, APA reports citing NTV.
"We are already bored of the so-called "Armenian genocide" issue. On the sidelines of my visit to US I will also touch upon this issue. Even Donald Trump himself once said how to call it not genocide but fight? I responded that there was not a country in front of us, such issue is not a subject of discussion. I also stated that this was a forced migration issue and here some difficulties were experienced, as well," Turkish President stated. "We ask NATO under Article 5 about who they support: terrorists or NATO member Turkey?" Turkish President Recep Tayyip Erdo?an told reporters at Esenboga Airport before leaving for Azerbaijan.
He also commented on recent negotiations between Bashar al-Assad's government and the Syrian Democratic Forces established by the PKK / YPG-PYD: "There is a lot of rumors going on right now. There will be no problem with Russia's positive attitude to the anti-terrorist operation in Kobani. According to our relationship with the United States on the issue of Manbij, the US had to vacate it in 90 days. Not we, but their owners Arabs are going to enter Manbij."
"We ask them in accordance with the 5th article of NATO: "Do they want to be with terrorists or NATO member Turkey?". Naturally, they do not answer the question. Turkey is the only Muslim member of NATO.
Turkish President spoke about a telephone conversation with British Prime Minister Boris Johnson. According to him, Boris Johnson asked how they can help.
He touched on the distortion of the anti-terrorist operation in foreign media: "They will falsify, and we will tell the truth. No matter how they deviate from the goal, we will tell the truth. They cannot make us hide the truth."

SULAIMANIYA, Iraq - Iraqi Kurdistan's veteran leader Masoud Barzani will not extend his presidential term beyond November 1, a Kurdish government official said on Saturday.
His decision came just weeks after a referendum on Kurdish independence backfired and triggered a crisis for Iraq's Kurds who had been enjoying a period of unprecedented autonomy.
Main
More

The woman appointed by Madrid to restore Spanish rule in Catalonia is seen as a capable politician but one lacking in charisma.

In those respects, Mar?a Soraya S?enz de Santamar?a Ant?n, 46, mirrors to some extent Prime Minister Mariano Rajoy, whom she has served as deputy prime minister since he took office in December 2011.
Before entering politics, she was a state lawyer, a member of an elite legal corps serving the state apparatus, and is more than qualified to use the letter of the law against the separatists.
Untainted by the corruption scandals which have gripped Mr Rajoy's centre-right Popular Party (PP), her credentials are impeccable in the eyes of the government.
But she will be regarded as an implacable foe by the Catalan nationalist politicians being sacked to make way for direct rule.

The woman appointed by Madrid to restore Spanish rule in Catalonia is seen as a capable politician but one lacking in charisma.
In those respects, Mar?a Soraya S?enz de Santamar?a Ant?n, 46, mirrors to some extent Prime Minister Mariano Rajoy, whom she has served as deputy prime minister since he took office in December 2011.
Before entering politics, she was a state lawyer, a member of an elite legal corps serving the state apparatus, and is more than qualified to use the letter of the law against the separatists.
Untainted by the corruption scandals which have gripped Mr Rajoy's centre-right Popular Party (PP), her credentials are impeccable in the eyes of the government.
But she will be regarded as an implacable foe by the Catalan nationalist politicians being sacked to make way for direct rule.

STATEMENT of the
public society of “Development of society and civil relations”
in regard to killing of civilian population of Azerbaijan Republic at the result of firing of Armenian armed forces
On July, 4, 2017, the settlements inhabited by numerous civil population and civilian objects of Alkhanli village, Fuzuli region of Azerbaijan Republic were fired deliberately and on purpose by means of 80 and 100 mm mortars and grenade launchers. At the result, a woman Allahverdiyeva Sahiba born in 1967 and her 2 –year old granddaughter Guliyeva Zahra were killed, another civil person Guliyeva Salminaz born in 1965 was heavily wounded and civilian objects were destroyed. Killing civilian population by Armenian armed forces not distinguishing civil and military objects should be assessed by the International community, UNO and other international organizations as war crimes and crimes against humanity. On behalf of the youth of the public society “Development of society and civil relations” we state that Armenian Republic should bear international responsibility for constant aggression and violation of international right against Azerbaijan Republic. On July, 4, 2017, killing 2-year old Zahra Guliyeva and 50-years old Allahverdiyeva Sahiba, the inhabitants of Alkhanli village, Fuzuli region by Armenian Armed Forces is another crime against Azerbaijan, the result of military aggression, ethnic cleansing and terror acts continuing for more than 25 years. Armenia should undergo appropriate sanctions because of violations of international law.We, the members of civil society, with a deep sorrow declare that as such terror acts against Azerbaijan Republic carried out by Armenia are not assessed adequately, this purposeful policy is being continued already for 25 years.On behalf of the Azerbaijani public activists, we call on the international community and international organizations not to be indifferent to the legal and political assessment of the crimes committed by the Republic of Armenia and its leaders, and to take the steps necessary to end the Armenian provocation, and the deliberate killing of civilians, elderly people and children.
Azerbaijan, Baku
July, 06, 2017
Main
More

The results of a survey conducted at the University by Azerbaijan University of Languages, Information and Cooperation Network of NGOs to fight Corruption and "The Development of Society and Civil Relations"

For more correct, more objective evaluation of the processes taking place in the country there is a need for transparency. Transparency destroys any doubt, and can prevent many of the negative aspirations. In both cases, taking of measures and active participation of citizens in the process is important. Our goal is to introduce transparency in all relationships in society, and help correct formation of the younger generation. One of the steps to be taken in this direction - to familiarize with the activities of educational institutions, the study of potential problems, their causes and ways of eliminating, and assistance in establishing transparency in these institutions. To improve the quality, improve the overall work, to achieve more successful reforms in the educational system, the continuation of a more efficient and promote public participation in these processes, we consider it expedient to conduct sociological research. A survey provided to your attention, is part of the joint activities of the Azerbaijan University of Languages, Information and Cooperation Network of NGOs to fight Corruption and "The Development of Society and Civil Relations". 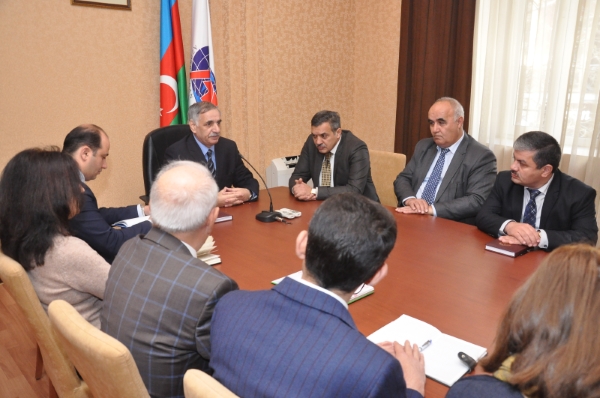 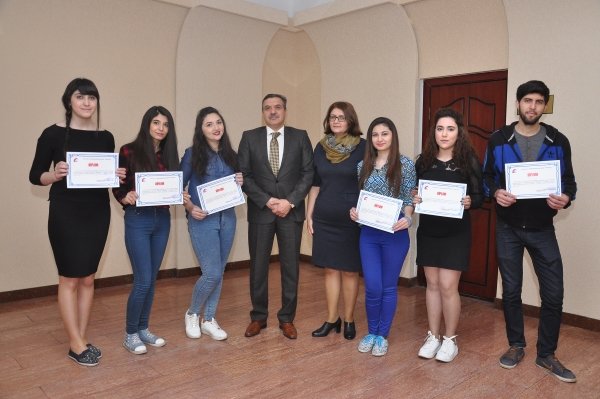 “We will re-enter the market, considering the persistent sanctions regime and further export control regulations, after the implementation of the nuclear agreement,” Mockert said.

“Against this background, we currently conduct individual transactions,” she added.

The CEO of Iran Khodro Industrial Group (IKCO) Hashem Yekeh Zareh earlier said that the German company will purchase 30 percent of Iranian Diesel Engine Manufacturing's (IDEM) shares to produce autos in the city of Tabriz, adding Mercedes-Benz would sign a 10-year agreement to produce truck and autobus in Iran.

He said that German Daimler AG was Iran 's major partner before sanctions, but left the country, however, this company wants to re-open its office in Tehran during next months.

Iran Khodro may sign a deal with German Daimler AG to produce commercial vehicles and luxury cars as soon as three to four months from now, Yekeh Zareh added.

Meanwhile Mockert refused to make comments on the issue saying as a matter of principle, the company does not comment on contract components or contractual relations.

Iran is one of the biggest countries in the region in term of producing cars.

Iran's Minister of Industry, Mines and Trade Mohammad Reza Nematzadeh said on July 23 that Iran was looking to move away from state ownership in many sectors, creating joint ventures for auto parts manufacturers with the aim to produce three million vehicles by 2025, of which a third would be exported.     (today.az)