A number of ceremonies will be organized in Baku according to “For fight against corruption: new ideas, new approach and new forces!” project held by “Development Society and Civil Relations” social unity. Leader of the organization Ahmed N. Abbasbayli made a report on the succeesses, future plans in his speech before journalists and civil society representatives. He stressed on the International Conference, which will be held according to the project. Then Coordinator of the Information and Cooperation Network of the NGOs Fighting Corruption, one of the members of arrangement Alimammad Nuriev spoke about the existing situation relating to corruption, combat against it and role of society in this process. The following speakers – expert from Romania Christina Adriana Guess and expert from Georgia, PhD in Economics Eka Gegeshidze made a report about participating in the project, spoke about the actions have done in their country and their effective results. At the end of the press conference participants answered the journalists’ questions.

According to the project the next ceremony will be held in 11 July in the conference hall of “Diplomat-Hotel”. The Commission for the fight against Corruption of the Republic of Azerbaijan, Republican Procurator’s Office, Internal Affairs, Taxes, Labor and Social Protection of Population and other ministries, Civil Service Commission and other state agencies have been invited to the event along with NGOs and journalists. International experts (Romania, Ukraine, Georgia and others), local experts, representatives of state agencies, international organizations, NGOs, ambassadors will participate in the conference. The main purpose of this conference is to discuss the existing situation about fight corruption in Azerbaijan, works had done in this sphere, creating transparency in the state, getting acquainted with European practice to be successful to achieve in fight corruption, to analyze the country’s perspectives, to reinforce social supervision increasing civil society’s activity. Generally, one of purposes of the project is also to improve the international cooperation in the sphere of anti-corruption, to start creating the “Network of Black Sea countries NGOs” 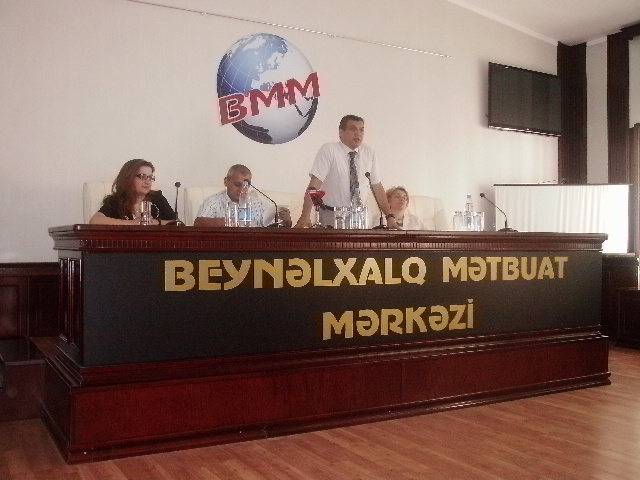