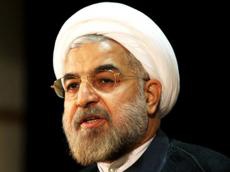 Iranian President Hassan Rouhani is going to leave Tehran for Russia on July 9.

Rouhani’s trip includes attending the Shanghai Cooperation Organization summit and that of BRICS.

BRICS is the acronym for an association of five major emerging national economies: Brazil, Russia, India, China and South Africa.

The Shanghai Cooperation Organization or SCO is a Eurasian political, economic and military organization, which was founded in 2001 in Shanghai by the leaders of China, Kazakhstan, Kyrgyzstan, Russia, Tajikistan, and Uzbekistan.

Rouhani’s trip will take two days. He will attend the BRICS meeting on July 9 as special guest and deliver a speech there.

Rouhani will also be one of the main speakers at the SCO summit on July 10.  (today.az))