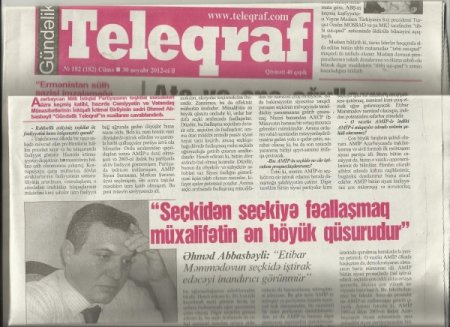 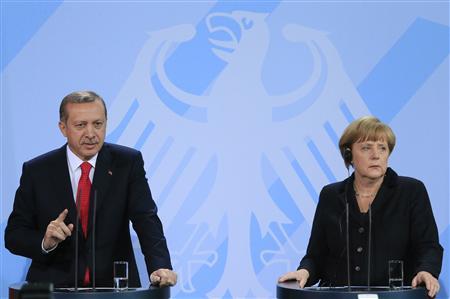 Erdogan said on Tuesday the EU would lose Turkey if it did not grant it membership by 2023, the first time he has indicated how long Ankara might continue down the path towards EU entry.

Turkey's talks to join the bloc, launched in 2005, have all but ground to a halt due to an intractable dispute over the divided island of Cyprus, an EU member, and opposition from core EU members France and Germany.

But Merkel told a joint news conference with Erdogan after talks in Berlin: "The EU is an honest negotiating partner."

"These negotiations will continue irrespective of the questions that we have to clarify," she said, referring to criticisms of Turkey in the European Commission's report on its performance as a candidate country.

Merkel's centre-right Christian Democratic Party (CDU) is opposed to Turkey, a mainly Muslim but secular country, joining the European Union and instead favors a 'privileged partnership' that would fall short of full membership.

"The question of full membership for Turkey is seen within my party in a certain way... We (Germany and Turkey) have learned to live with this difference and still to have good relations," she added.

Germany is Turkey's largest trade partner in the 27-nation EU and is also home to some three million Turks, the largest Turkish diaspora in Europe.

Erdogan took a swipe at Cyprus, which currently holds the EU's rotating presidency, saying it should not have been allowed to join the bloc in 2004 because it was - and remains - split between an internationally recognized Greek Cypriot south and a northern Turkish Cypriot state recognized only by Ankara.

Erdogan said Merkel had told him in the past she also believed it had been a mistake to admit a divided Cyprus.

"This was a serious mistake and the mistake continues with increasing effects," Erdogan added.(reuters.com)